A hard day at the office Nick!

The crazy crew at Tushingham, distributors of Starboard in the UK and my bestist Sponsors asked if wanted to come to Spain in September for 3 fun days for free: -I said………… ………………………….yesssssssssss!

Arrived very late Monday night and awoke early to clean and warm 2 foot offshore storm swell yay!! Quite a few close outs but got some awesome fast hollow walls which we smashed up on a variety of 2015 boards, I especially liked this year’s 9-10ft converse, nut and element.

Courtesy of SUP North’s Lucy, Simon and crew, here’s some of the action:

Competitive nature came out of its box on Wednesday afternoon, where we paddled an enormous SUP against other teams.

Awesome downwind conditions on Thursday morning, had a blast on the new 14 x23 ft Ace (more stable than it sounds!) with Ryan James, Sam Ross and Marie Buchanan. 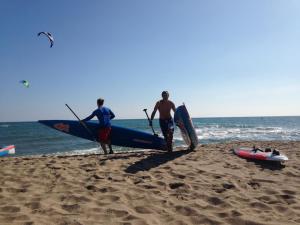 Sam and me after the downwind run

The nights were dining, drinks and socialising round the pool, which saw some of the following action: 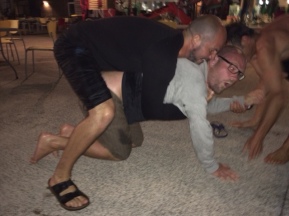 Getting thrown in the pool on my Birthday, joined unexpectedly by Frenchie! 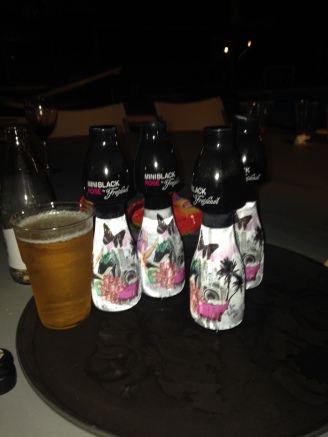 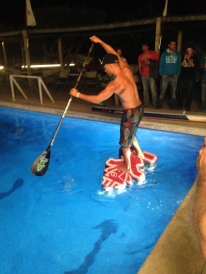 Balancing on small stuff for as long as possible 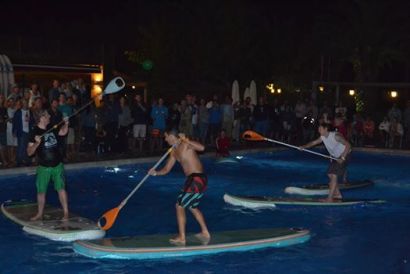 Thanks Starboard! It was an amazing and relaxed time. For a more objective overview of the whole convention, click here!